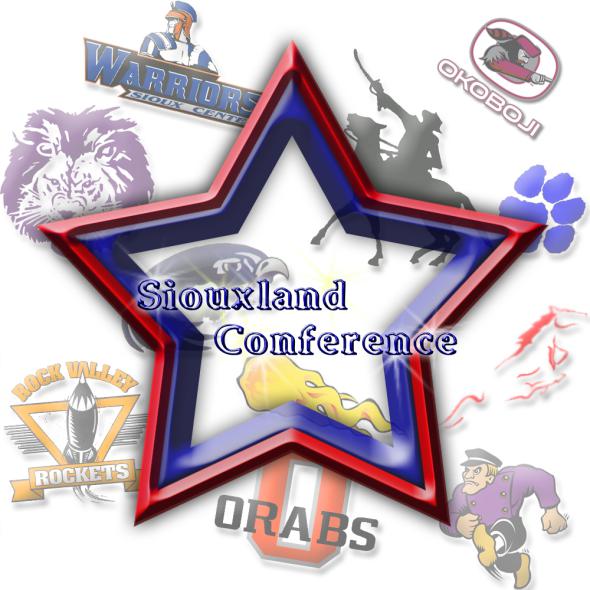 The purpose of the Siouxland Conference shall be to promote and supervise the various forms of athletics and other school activities sponsored by the member schools; to instill in the minds of the high school students and the people of the several communities proper attitudes and ideals toward all activities; and to promote a high standard of conduct and the spirit of sportsmanship.

The Siouxland Conference was founded in 1952 and began play in the 1953-54 school year. Originally the league was made up of Rock Rpaids (became Central Lyon in 1961) from Lyon County, Orange City (became MOC in 1955 and MOC-Floyd Valley in 1991) and Hawarden (became West Sioux in 1955) and from Sioux County, and Akron and Le Mars Gehlen from Plymouth County and Augustana Academy of Canton South Dakota. The Siouxland Conference originally promoted participation in four sports--football, basketball, track, and baseball.

The membership was stable until 1989 when George became George-Little Rock and Hartley-Melvin-Sanborn joined. In 1990 Sibley-Ocheyedan and Okoboji replaced West Sioux. In 2009 Sheldon replaced HMS.